The Williamstown Seagulls exacted a small piece of revenge on Port Melbourne after Port scraped past the Seagulls by two points earlier in the season.

1. Beating the old enemy – There’s nothing better than beating your biggest rival. The ten goal margin puts the icing on the cake. The fact that the win (in conjunction with a Box Hill loss, cheers Werribee) puts the Seagulls back on the top of the ladder could be a huge turning point for the season. 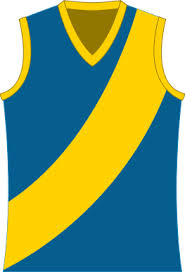 2. Timing is everything – With a ten goal margin of victory Seagulls fans could be forgiven for thinking it was an easy day at the office. Goals in response to Port Melbourne goals, as well as goals either side of the siren were vital in establishing the comfortable scoreline.

3. Winning at North Port – North Port is to the VFL what the MCG is to the AFL. If you can’t when there you aren’t going to win premierships. Walking back into the ground on Saturday I got a chill from the memory of last September. In saying that I think that’s a game confined to the memory banks of the players involved. The comfort shown on Saturday can only mean positive steps come September.

4. Stand and Deliver – If there’s one thing I’d like to see at Burbank Oval it’s having the song played after a win. In saying that the PA system isn’t the greatest, so I can understand the logistics behind it. It was great to hear the song played at North Port (albeit quietly) after the huge win.