Going by Australian standards, the new AFL broadcast deal is phenomenal, but where does it leave the game in this country as we move to the back-end of the 2010’s and into the early 2020’s?

However you split it $2.508 Billion is an amount of money that is incomprehensible to your everyday person.

That’s what the powers that be have decided that the broadcast rights for the AFL are worth from 2017 to 2022. 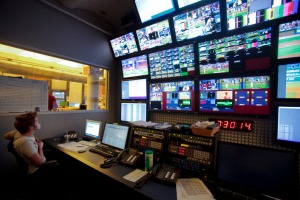 Australian Football, with the new deal worth double that of the current deal which expires at the end of next year.

Every game will be broadcast in High Definition in the new deal, an aspect which has left many fans sour in years gone by. For fans with Foxtel, the only time the issues occurs is on Grand Final day, the one game that should not be in standard definition.

A week prior to the announcement the NRL signed a $1.025 Billion deal, a deal which League executives cited as a new dawn and a show of strength in the sport – little did they know that within a week they’d be blown out of the water.

What the AFL deal does is set them up for the future. Fans get unprecedented access thanks to the 24/7 Fox Footy channel, and the coverage on FTA television ensures that  a great range of magazine style and panel shows continue to give the game a range of exposure in addition to their current game day coverage.

The most interesting component of the deal is what is going to be involved in the next deal, which starts in 2023. There is an air of inevitability in the online market, and any future deal will have a primarily online focus.

Looking at the NBA, NFL, NHL and MLB as prime examples (given the position of sports media in North America compared to the rest of the world) the key point of the broadcast deal is that while national deals are in place, teams sell their  packages to local broadcasters. While we don’t have the same setup in Australia, what that model offers is online packages such as MLB.tv.

What MLB TV does is enables any game to be watched / listened to live, with each team having a broadcast crew (not to the extent of press red for Ed) and both options being available in-game. In addition to that the video centre allows fans to watch a full replay, extended highlights, highlights, individual clips and press conferences and interviews post game. All in a central location.

The ease of access is what sells the package, and if the AFL put a similar price on a similar service I expect that the money they’d make from it would be astronomical.

The AFL are leading the way in giving fans what they want – on demand sport. A leap to the online package isn’t a fantasy or even a pipe dream. It’s what they’re going to need to do if they want to continue to be industry leaders in this country.